Poultry is one of the best, among the food choices in the food pyramid. Aside from being an excellent protein source, poultry, such as chicken and turkey, contains very minimal amount of fat. Thus, it contributes to an overall well-balanced diet for people.

According to The Poultry Federation, poultry is packed with decent amounts of protein, a macronutrient and a principal component of a healthy human diet, along with carbohydrates and fats. It is known that protein is needed by the body to produce new cells, as well as repair and preserve existing cells. As per the publication, a lean source of protein, such as poultry, is advantageous when it comes to promoting the digestive process, metabolism, and cardiovascular health.

Along with the nutritional preview for poultry food selections, the following are healthy recipes one can prepare for a hearty meal.

To prepare the dish, the ingredients are combined in a heavy-duty zip top plastic bag. Then, the chicken is added to a bag, sealed, and marinated in the refrigerator for two hours. It should be turned occasionally to cook it evenly. When done, a small roasting pan is placed in oven while a broiler is preheat to high. The chicken is removed from the bag and the marinade is discarded. Then, salt is sprinkled to both sides of chicken and the latter is placed on preheated pan sprayed with no stick formula. After that, it is broiled in the lower third of the oven for 15 minutes or until done.

In the field of health, grilled chicken is preferred over fried, though the latter is enjoyed by many. According to Food Network, a dish like grilled chicken with roasted kale yields a crispy texture that easily blends with each other. In fact, the dish is often paired with fresh lemon juice, which adds zest to the chicken dish.

The meal is prepared by preheating the oven to 425 degrees in Farenheit. Then, the potatoes are tossed with 1/2 tablespoon of olive oil on a rimmed baking sheet; it is spread in one layer and is roasted for five minutes. Then, the kale is tossed in a large bowl with the garlic, along with 1/2 tablespoon of olive oil, 1/4 teaspoon of salt and pepper. They are added to the baking sheet, together with the potatoes, and are tossed. Roasting is done until the potatoes are tender and the kale is crisp.

While a grill is preheat to medium and is brushed with olive oil, the chicken breasts are sliced in half in a horizontal manner to yield four cutlets. Then, they are coated evenly with half tablespoon olive oil and are seasoned with pepper and salt. The chicken is grilled until well marked, an indication that it is cooked. After that, the potatoes, kale, olive oil, tomatoes, salad greens, parmesan, lemon juice, pepper, and sald are tossed in a large bowl. Then, the chicken is divided among plates and is topped with any collected juice.

Aside from its flexibility in terms of meal listings, poultry has other benefits. According to The Poultry Federation, turkey has the least number of calories per ounce when compared to other protein sources in the United States. Chicken is also known to have little sodium content and is a good source of niacin, vitamin B6, biotin, and vitamin B12, which are helpful in the body’s metabolism, immune function, cell growth, and nervous and vascular health. Meanwhile, eggs also has the highest quality proteins, along with time release energy, which aid in the regulation of blood sugar levels and helping a person become energized and have a sense of fullness. 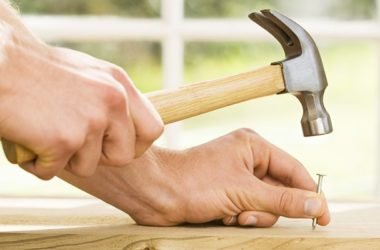 Smashed a Fingertip With a Hammer

Engaging in a DIY project can be very fun and rewarding. Nothing can fill your heart with so… 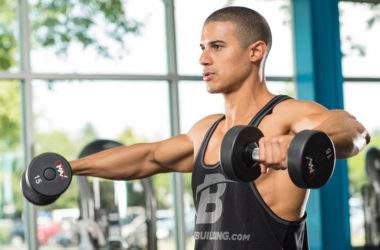 A pair of broad deltoids (or delts), along with a narrow waist and a wide back, creates an… 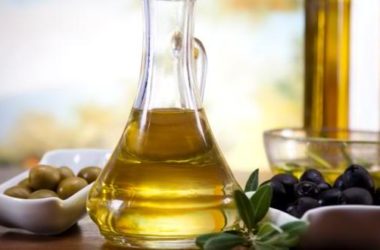 Olive oil has been used throughout history for cooking and food preparation. Aromatic and with a unique flavor…