Worst Illegal Drugs in Existence and Their Adverse Effect (Part 2) 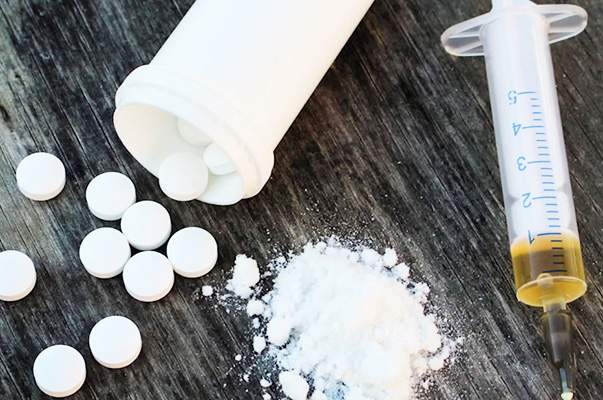 10 Natural Ways To Get Rid of Hiccups

Have You Heard About Man Flu?

What Happens When You Stop Eating Bread?

It is very alarming what kinds of drugs are currently being peddled on the streets nowadays. Moreover, there are newer drugs more powerful and more dangerous being concocted all over the world. If you think being addicted to cocaine is bad enough, wait till you read on down the list.

These are not your ordinary store bought bath salts. These are synthetic psychoactive drugs in white and/or brown crystalline form. It is usually disguised in packets and labeled as bath salts or plant food. It can be either administered by swallowing, snorting, smoking and or injecting directly through the bloodstream. They are said to have effects similar that of cocaine but less powerful. However, the effects of the drug can be very unpredictable so much so that in 2012, a naked man attacked a homeless man. It was filmed that he beat the homeless man and had taken several bites off his face. Initial reports pointed to bath salts for his erratic and violent behavior.

Columbians are being tormented as more and more cases of scopolamine attacks are happening. It comes from a native tree called Burundanga and is considered the as one of the worst drug on earth for it allegedly robs you of your free will and wipes your memory. And that is not the most terrifying fact of this drug. Apparently, this drug can be administered by blowing it to the victim’s face and render them coherent but totally without control of their actions making it easier for perpetrators to rob, rape and do all sorts of crimes once the victim goes in “ zombie”  mode. It is odorless and tasteless making it hard to identify.

From the outskirts of russia and Siberia, drug addicts have been seen with unusual wounds that turn dark and scaly. Further investigation led authorities to the source, a synthetic drug desomorphine. And with the nature of the wounds contracted by the users of this drug, it has been aptly named krokodil. Users are drawn to its ability to be fast-acting and much more potent than morphine but these effects are short-lived. Withdrawal symptoms have been observed to be doubled than that of heroin withdrawal. Users under withdrawal experience excruciating pain lasting about a month. It is an addiction that is hardest to cure.

See also  3 Muscle-Building Soups That You Should Try

Effects on Health: Repetitive use causes blood vessel damage, pneumonia, gangrene, meningitis, bone and skin infections usually with the onset of the dark, scaly and bumpy skin. The skin is usually rots by itself due to the constant use of the drug.

20 Foods that will Give you Energy

The Truth About Morning Breath (And Ways to Fight It Off)